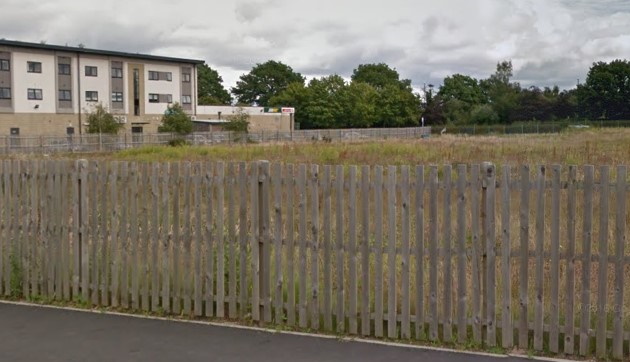 Thanks to an eagle eyed resident for informing fellow residents on the estate about this and posting in our Facebook group My Bannerbrook Park and in BannerChat messenger.

As a result of this, we are aware of a number of further complaints that were sent to the council to formally “object”.

As many of you know, Monticello Way has major issues with parking due to the overflow from the apartments. As such, with more apartments being built there will still be an overspill on to the road despite the 1 1/2 spaces per apartment being factored in. Comments were received from residents around this subject previously when the first consultation was opened.

Any new scheme should not compound the car parking problem but help relieve the existing parking issues and should provide adequate space for vehicle access and parking for both residents and visitors. It should be noted that there now appear to be 6 spaces in front of the apartments. Check this document out and look to the south west of the land (off Monticello Way and near the current flats).

Persimmon have not as yet fully adopted the roads over 10 years later. Granted this is in progress but not without continued pushing from the Residents Association. This should be a condition that any planning consent not be granted until the roads adoption is fully completed.

In addition it is understood that this development would be subject to an Estate Maintenance Charge to which it is claimed would be for the open spaces. Given that the council maintain the park opposite and recharge 1/3 of it to the Estate Maintenance Charge on the Northern side of the estate and those residents also pay for the green areas on the Northern side on roads on / off Astoria Drive, then other than the green areas on the land for the development they are paying towards what exactly?

An escalating and uncapped estate maintenance charge is currently the subject of ongoing disputes (eg the Home Owners Rights Network – HorNET). As of Jan 2020 the Council were due to review ‘cash cow’ maintenance contracts with both the Conservatives and Labour agreeing a review was needed. We would strongly recommend any decision be deferred until this is complete, otherwise if granted only adds to the problem.

Previously, Labour MP Helen Goodman brought forward her The Freehold Properties (Management Charges and Shared Facilities) Bill in November 2019 to tackle the issue. It has since been delayed due to BREXIT and now Coronavirus. We hope that this starts to get traction soon and will update you on further developments with this as and when we hear of further progress.

Hopefully the council take the comments above into account when this is brought before the Planning Committee. And yes an objection was raised around the comments mentioned above.

For further information on the latest plan, please visit the Coventry City Council planning portal and search for FUL/2019/3172.

February 6, 2020 Bannerbrook Park Administrator Comments Off on Thank you letter

Major New Road linking Coventry to Solihull could be built

December 2, 2016 admin Comments Off on Major New Road linking Coventry to Solihull could be built